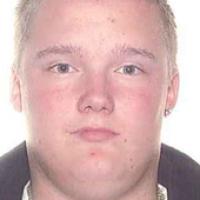 When and where did you begin this sport?
He began shooting in 2001 at the Gunner Club DSB/ASF in Arhus, Denmark.
Why this sport?
"I started swimming at an early age, but because of my disorder, I was forced to find an alternative sport. I then tried shooting at a children's event at the DSB/ASF club. Ever since then I've been hooked on it."
Club / Team
Slagelse Skytteforening: Denmark
Name of coach
Steen Hansen [national], DEN