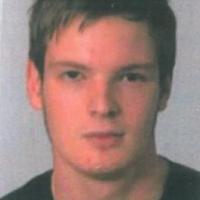 When and where did you begin this sport?
He took up the sport at the 2002 Norfolk Youth Games in England.
Why this sport?
He enjoys the power that is needed to succeed in shot put.

He underwent several operations to his legs between 2006 and 2010. (readyandactive.org.uk, 28 Apr 2016; ottobock.co.uk, 2015)
Sporting philosophy / motto
"Never get too high when you win, or get too low when you lose." (Twitter profile, 13 May 2017)
Ambitions
To compete at the 2020 Paralympic Games in Tokyo, Japan. (pheonixfm.com, 20 Dec 2017)
Impairment
He was born with cerebral palsy. The condition affects all four of his limbs, but more severely on the left side of his body. He also has a vision impairment due to an astigmatism squint. He has had operations on both eyes in an attempt to correct this. (jonathanadamsgb.com, 2011)
Other information
OTHER ACTIVITIES
He has served as a board member for World Disability Billiards And Snooker [WDBS]. (pheonixfm.com, 20 Dec 2017; Twitter profile, 13 May 2017)