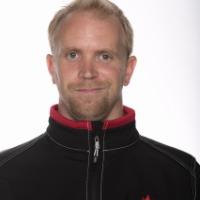 When and where did you begin this sport?
He took up swimming at age four. He began Para swimming six months after his accident.
Why this sport?
He took up swimming lessons as a child and used the pool as part of his fitness regime. He returned to swimming a few months after being released from rehab after his dirt bike accident in 2010, but initially became involved in Para triathlon. In December 2014 he bought a handcycle and moved to Vancouver, BC, Canada, to train with Para triathlete Scott Patterson. While in Vancouver, Patterson's coach Marianne Wieland De Alvarez saw Dieleman and convinced him to concentrate solely on swimming. "It was just to get out of my chair, a way to keep in shape, a way to be free and as a way of my self-rehabilitation. It felt nice to have no pressure or anything and be the same as everyone else in the water."
Club / Team
Richmond Rapids: Canada
Name of coach
Robert Pettifer [club]; Vince Mikuska [national], CAN
Training Regime
He trains six to eight times a week

Hobbies
Playing guitar, scuba diving. (nanaimonewsnow.com, 09 Sep 2016; paralympic.ca, 10 Apr 2016)
Awards and honours
He was named the 2017 Swim BC Male Para Swimmer of the Year. (richmond-news.com, 24 Apr 2018)
Other sports
He competed on the amateur rodeo circuit and in motocross before his accident. He has also participated in Para triathlon. (paralympic.ca, 10 Apr 2016; swimming.ca, 05 Aug 2015)
Ambitions
To win a medal at the 2020 Paralympic Games in Tokyo. (mybulkleylakesnow.com, 22 Oct 2018; interior-news.com, 18 Oct 2018)
Impairment
He has paraplegia as a result of breaking his back in a dirt biking accident in 2010. "I was wheeling across one hayfield in fifth gear, hit a rock, and went cartwheeling. The bike landed on me. Thirty seconds after I came to in the field I knew my back was broken.” (swimming.ca, 05 Aug 2015; cbc.ca, 2016)
Other information
BUSINESS
He owns Bulkley Meats, a company that sources beef and pork from farms in Bulkley Valley in British Columbia, Canada. (Bulkley Meats Facebook page, 20 Apr 2017)