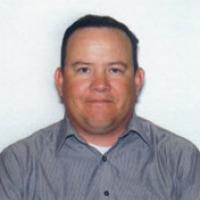 When and where did you begin this sport?
He first tried para-skiing in 2007 at the National Disabled Veterans Winter Sports Clinic.
Why this sport?
"It gives me the ability to 'compete' again in some sort of organised sport, which I didn't think would be possible after my injury."
Club / Team
Aspen Valley Ski and Snowboard Club [AVSC]: United States
Name of coach
Jonathan Mika [club]; Kevin Jardine [national], USA

Since returning from the Iraq war he has suffered from Post Traumatic Stress Disorder and admits he will "have a lifelong battle with" the condition. (denverpost.com, 19 Mar 2008)
Awards and honours
He was chosen to carry the US flag at the opening ceremony of the 2014 Olympic Winter Games in Sochi. (teamusa.org, 05 Mar 2014)
Other sports
He has competed in hand cycling in "several marathons". (Athlete, 04 Jan 2011)
Impairment
He was injured in 2003 while serving in Iraq, resulting in incomplete paraplegia. He was injured on the fourth day of the Iraq war, 23 Mar 2003, when he was thrown from the back of a convoy truck under fire. Initially he could still walk, but suffered extreme pain in his back and was evacuated to a hospital in Kuwait. Despite his injuries, he insisted on returning to the front to look after his men, and fought through extreme pain to earn a return to duty. His physical therapist, an Army captain, labelled him "one tough SOB", and allowed him to return to duty to complete his tour. After returning to the US, he underwent surgery in 2005 to fuse his lower back and woke up with paraplegia. (denverpost.com, 19 Mar 2008; Athlete, 04 Jan 2011)
Other information
MILITARY FAMILY
He comes from a family of serving men. His grandfathers fought in Italy and New Guinea during World War II, two uncles served in Vietnam, and his father served 32 years on the Denver police force. He first joined the Marine Corps at age 23 because he wanted to see the world, and returned to service in 2001 out of a sense of duty to be part of the US-led fight against terrorism. (denverpost.com, 19 Mar 2008)