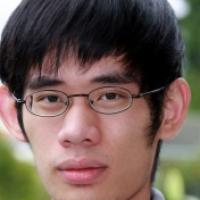 When and where did you begin this sport?
He began wheelchair racing in 2014.
Why this sport?
Previously an elite trampolinist, he wanted to remain involved in sport following his accident. "After a lifetime of competing, I needed another focus for my energy and competitive spirit."
Club / Team
Sydney University Athletics Club: Australia
Training Regime
He trains six days a week.

Nicknames
Jono (jonotang.net, 06 Dec 2016)
Hobbies
Photography, listening to classical music, supporting Australian football team Brisbane Roar FC. (jonotang.net, 06 Dec 2016)
Most influential person in career
His family. (jonotang.net, 06 Dec 2016)
Other sports
He competed in trampolining at national level in Australia. (spinalnetwork.org.au, 2013)
Impairment
In 2012 he sustained a fracture and dislocation of his cervical vertebral
column during a gymnastics training exercise. He is now paralysed from the shoulders down. "I used to be an elite gymnast. The accident occurred at training one night after a frantic week. It was honestly something I did not expect. I'd heard stories about spinal injuries on the news, and read about them on the internet, but I never imagined it happening to anyone I know, let alone myself." (jonotang.net, 06 Dec 2016; abc.net.au, 20 Mar 2016)
Other information
EDUCATION
He has also studied medicine at the University of Sydney in New South Wales, Australia. (LinkedIn profile, 2016)