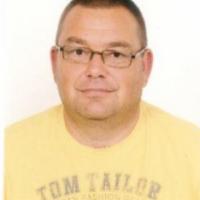 Other sports
He won a national title in able-bodied alpine skiing in his youth, prior to acquiring his impairment. (blic.rs, 29 Jul 2017)
Ambitions
To compete at the 2022 Paralympic Winter Games in Beijing. (Athlete, 27 Dec 2018; katera.news, 08 Dec 2019)
Impairment
He served as a mine clearer after the Bosnian war. In 2000 during his work at Jahorina mountain in Bosnia and Herzegovina, he was wounded and lost his left leg below the knee. (nezavisne.com, 04 May 2010)
Other information
SANCTION
In August 2019 he received a six-month ban after the Agency for Anti-Doping Control of Bosnia and Herzegovina found he had tested positive for the banned diuretic hydrochlorothiazide at an out-of-competition test. (mondo.ba, 30 Aug 2019; rtvbn.com, 01 Sep 2019; ada.gov.ba, 30 Aug 2019)

FOUNDER
He established SKOSI Romanija, a ski club for people with impairments based in Pale, Bosnia and Herzegovina. He had previously represented the able-bodied version of the ski club 'Romanija' in alpine skiing prior to his impairment. "Another reason for founding the club was to encourage a few of my friends, also people with impairments, to get on their skis." (katera.news, 08 Dec 2019)