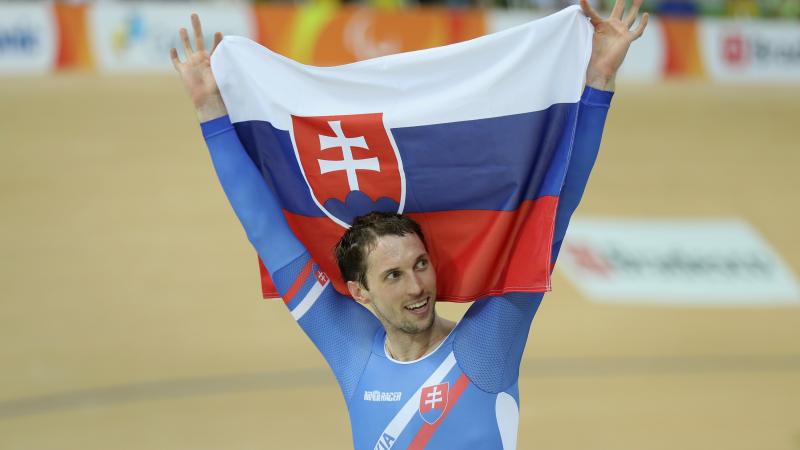 Jozef Metelka keeps proving why he has been the world’s best C4 Para cyclist since breaking onto the scene in 2014.

The Slovakian has also enjoyed success at the Paralympic Games. At Rio 2016, his first Paralympics, he underlined his quality winning two golds and one silver medal.

Having secured his third successive individual pursuit world title earlier in the year in Italy, it was no surprise that Metelka picked up the Paralympic title in the event in Rio. In the velodrome he also won silver in the 1km time trial.

Days later, on the roads of Rio, he secured his second Paralympic title with victory in the time trial.

Less than four months after competing in Rio, Metelka made history by becoming the first Para cyclist in history to race with able bodied riders at a UCI Track Cycling World Cup event in Glasgow, Great Britain.

At the 2015 Track World Championships in Apeldoorn, the Netherlands, Metelka won one gold and two silver medals, a feat he also achieved at the 2014 edition in Mexico.