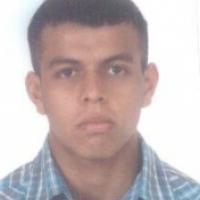 When and where did you begin this sport?
He took up the sport in 2010 in Mexico City, Mexico.
Why this sport?
His coach switched him to para-athletics.
Club / Team
Jaguares: Mexico
Name of coach
Hugo Cesar Cortes Garza, MEX, from 2010