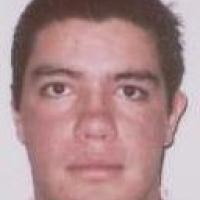 When and where did you begin this sport?
He took up the sport at age six.
Why this sport?
He initially began swimming as part of his rehabilitation, and eventually grew to love the feeling of freedom that the sport gave him.
Name of coach
Fernando Gutierrez Velez [national], MEX; Emmanuel Badillo [personal]

A swimming pool in the municipality of Atizapan, Mexico, has been named after him. (estoenlinea.oem.com.mx, 11 Dec 2014)
Impairment
He contracted a condition called purpura fulminans at age five. The illness leads to coagulation in a person's blood vessels. To save his life doctors amputated his arms and his left leg. (ultra.com.mx, 27 Feb 2013; chilango.com, 06 Feb 2012)
Other information
RETIREMENT PLANS
He plans to retire from competitive swimming after he has competed at the 2017 World Championships in Mexico City, Mexico. (radioformula.com.mx, 07 Jul 2017)

OCCUPATION
He works as a community manager for Fundacion Kardias AC. The association aims to improve the quality of care that children with heart conditions receive at hospitals and institutes in Mexico. (Facebook profile, 28 Aug 2017)