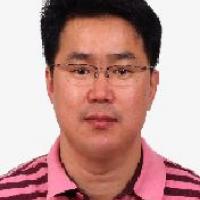 When and where did you begin this sport?
He took up the sport in 1996.
Why this sport?
He became interested in shooting Para sport after watching people he met during his rehabilitation compete in the sport.
Club / Team
Jeongseon County Office: Korea

Awards and honours
In 2015 he received an Excellence Award from the Gangwon-do Sports Council for the Disabled in the Republic of Korea. (kwnews.co.kr, 25 Nov 2015)

He was given the Best Athlete Award at the 2008 National Sports Festival for Athletes with an Impairment in the Republic of Korea. (onnews.or.kr, 09 Oct 2008)
Ambitions
To compete at the 2020 Paralympic Games in Tokyo. (kwnews.co.kr, 19 Sep 2016)
Impairment
He was working at a manufacturing plant in 1992 when a workplace accident resulted in severe burns. Both of his legs were amputated below the knee. (starin.edaily.co.kr, 12 Sep 2016; kwnews.co.kr, 01 Sep 2012)