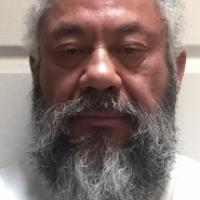 Impairment
He suffered numerous injuries to his right knee, including breakages and infections, throughout his various jobs in the army, law enforcement and security services. After dozens of surgeries over more than a decade, he eventually developed sepsis in 2015, meaning his right leg had to be amputated above the knee. (thesheetnews.com, 30 Mar 2019)
Other information
FORMER CAREER
He served five years of active duty in the United States Armed Forces and 19 years in the United States Army Reserve. He has also worked for the County Sheriff's Department in Los Angeles, CA, before being assigned to its FBI Task Force. He also spent time as the personal bodyguard of US actor Will Smith. (thesheetnews.com, 30 Mar 2019)(kolotv.com, 19 Jan 2018)