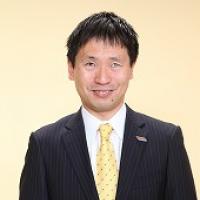 When and where did you begin this sport?
He began swimming at five years of age.
Why this sport?
He joined a swimming school with his friend.
Club / Team
Penguin Villege swimming School.: Hamamatsu, JPN
Name of coach
Masato Teranishi

ELECTION
He stood for the House of Representative for Japan in July 2010, but was unsuccessful. (sanyo.oni.col.jp, 11 Jul 2010)