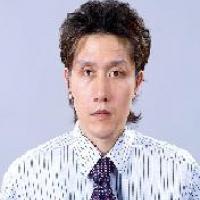 When and where did you begin this sport?
He began Para shooting in 2003.
Why this sport?
He took up the sport for rehabilitation.
Club / Team
Gangwon Province Shooting Federation for the Disabled: Korea
Handedness
Left

Most influential person in career
His wife. (bluesoccer.net, 07 Dec 2012)
Injuries
He suffered from an eye infection at the 2012 Paralympic Games in London. (ytn.co.kr, 13 Sep 2012)
Other sports
He took up athletics at age 10 and competed at university level before his accident in 1998. (hamgang.or.kr, 09 Jan 2013)
Impairment
A diving accident while at the beach in 1998 resulted in spinal cord injuries. (bluesoccer.net, 07 Dec 2012; jumunjintoday.com, 04 Sep 2012; newswire.co.kr, 04 Dec 2006)
Other information
OTHER ACTIVITIES
He has served as secretary general of Gangwon-do Para Sports Federation in the Republic of Korea. He has also been involved as a coach with the Gangneung City Hall Para shooting team. (hamgang.or.kr, 09 Jan 2013; search.naver.com, 09 May 2011)