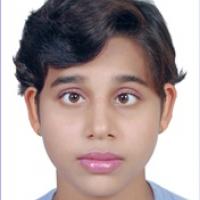 When and where did you begin this sport?
She began swimming at age 10 at a local swimming school in Amravati, India.
Why this sport?
"I started swimming at age 10 simply as an exercise and learnt it in just eight days. I gradually started participating in swimming competitions. The thought of competition was opposed by people at first but I moved on. I started competing with children having normal eyesight. My coach Mr. Mangesh Vyavhare took up the challenge to fine-tune my swimming against all odds of society and even of my own family."

In 2009 she and Indian badminton player Saina Nehwal shared the ASPIRE Talent Award, a top honour for young athletes in India. In the same year, she also won the Neelum Khurshed Kanga Award from the National Association for the Blind in India. (Facebook page, 14 Jan 2019)
Other sports
She has competed in able-bodied swimming competitions in India. (swimindia.in, 14 May 2015)
Milestones
She became India's first Para swimming world champion when she won a gold medal in the SM11 200m individual medley at the 2017 World Championships in Mexico City, Mexico. (SportsDeskOnline, 11 Jul 2019; indiatimes.com, 15 Nov 2018)
Impairment
Her visual impairment is a result of the effects of retinitis pigmentosa. (Athlete, 19 Jul 2015)
Other information
LIMCA RECORD
She set a Limca record [an Indian version of the Guinness World Records] in a 7km open water swimming competition in India when she was age 11. Initially, she was not allowed to participate as she was under the minimum age of 12, but after obtaining special authority she was allowed to participate. (imd1.co, 01 Oct 2017)

FAMILY SUPPORT
Her parents struggled to support the family financially when she first started the sport. Her father took early voluntary retirement and her mother sold her jewellery to help raise funds for her training in her early days in the sport. (imd1.co, 01 Oct 2017)