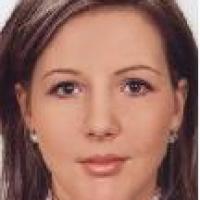 When and where did you begin this sport?
She became involved in Para sport in 2000 in Siedlce, Poland.
Why this sport?
She was always interested in sports at school. She started with table tennis before taking up running after being inspired by her mother. When she returned to training after giving birth to her first child in 2009, she was unable to achieve the same results in running as before her pregnancy, so she decided to get involved in throwing events.
Club / Team
IKS Siedlce: Poland
Name of coach
Winicjusz Nowosielski [club], POL

Memorable sporting achievement
Winning a bronze medal in the F46 javelin throw at the 2016 Paralympic Games in Rio de Janeiro. "This bronze medal is more valuable to me than the gold I won at London 2012, because it cost me a lot more effort and sacrifice. I didn't have time to rest as I had two children to raise at the same time." (SportsDeskOnline, 19 Apr 2021; sport.pl, 13 Sep 2016)
Most influential person in career
Coach Winicjusz Nowosielski. (natemat.pl, 16 Aug 2014)
Injuries
She competed at the 2008 Paralympic Games in Beijing with an injury. (natemat.pl, 16 Aug 2014)
Sporting philosophy / motto
"The person who follows the crowd will usually go no further than the crowd. The person who walks alone is likely to find himself in places no one has ever seen before." (paralympic.org.pl, 09 Sep 2016)
Awards and honours
She was named 2016 Athlete of the Year in Siedlce, Poland. (zyciesiedlecki.pl, 31 Jan 2017)