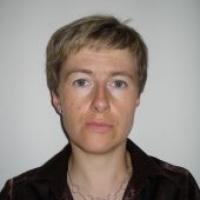 Why this sport?
She was introduced to the sport by coach Stanislaw Slezak.
Club / Team
START Nowy Sacz: Poland
Name of coach
Stanislaw Kepka [national], POL

Awards and honours
She was named Poland's Impaired Athlete of the Year for 2006, 2010 and 2011. (katarzyna-rogowiec.pl, 23 Jan 2013)
Impairment
She underwent amputation of both arms following a farming accident in 1980. (ParalympicSportTVUSA, 04 Mar 2010)
Other information
FAMILY FIRST
She did not compete at the 2014 Paralympic Winter Games in Sochi, because she decided to stay at home and look after her daughter. (medialnie.info, 07 Dec 2014)