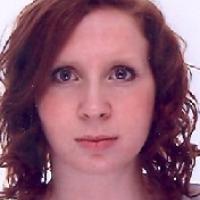 When and where did you begin this sport?
She began swimming at age five in Thornbury.