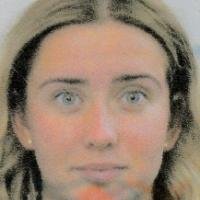 When and where did you begin this sport?
She began swimming at age four, and started competing at age eight.
Why this sport?
After moving to Australia, her neighbours encouraged her to concentrate on swimming or she would be eaten by sharks. "I kept swimming because I loved it and I found this side of swimming I didn't know. It opened me up to what it means to be a person with a disability, and how to overcome obstacles and discrimination.”
Club / Team
Perth City Swimming Club: Australia
Name of coach
Matt Magee [club]

Nicknames
Kat (Instagram profile, 28 Aug 2016)
Hobbies
Reading, going to the beach, surfing, skiing, going to the cinema, travel. (Facebook page, 19 Apr 2018)
Most influential person in career
Coach Rod Bonsack. (life.curtin.edu.au, 24 Jun 2016)
Injuries
She had appendicitis two weeks before the 2015 National Trials in Sydney, NSW, Australia. After an operation she competed in the backstroke at the event with two incisions in her stomach. (life.curtin.edu.au, 24 Jun 2016)

She was named the 2012 Athlete with a Disability of the Year by the Western Australian Institute of Sport [WAIS]. (wais.org.au, 08 Oct 2012)
Impairment
At age 15 her muscles began to spasm. After consulting doctors, it was confirmed she had a mild form of hemiplegia [acquired from a brain injury when she was born]. (swimming.org.au, 20 Jun 2016)
Other information
OTHER ACTIVITIES
She has served as an ambassador for the Cerebral Palsy Association of Western Australia. (Facebook page, 14 May 2015)

FROM SCOTLAND TO AUSTRALIA
Born in Scotland, she moved to Australia with her family at age eight. (swimming.org.au, 20 Jun 2016)