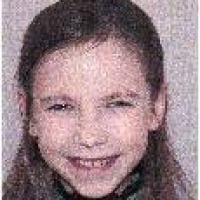 When and where did you begin this sport?
She began swimming lessons at her local pool as a toddler. She first competed in a Para swimming event at age nine, at a regional Para swimming 'have a go' event in England.
Why this sport?
Her parents realised she had a talent for swimming while on holiday at a Centre Parcs in England. "We were queuing up to go on a water ride there when the lifeguard told us off and said that the ride was only for people who could swim. We told him that Katie could swim and he asked us to prove it by making her swim in a part of the pool that had a very strong current. Katie swam and the lifeguard was very impressed he said he had never seen a five-year-old swim so well. It could have been his first ever day for all we knew but still it was enough to make us enquire back home about joining the local competitive swim club."
Club / Team
Wycombe District Swimming Club: England
Name of coach
David Gee [club]; Rob Aubry [national], GBR
Training Regime
She swims seven days a week.

Awards and honours
She won the 2016 Get Berkshire Active Junior Sports Personality of the Year award. (heraldscotland.com, 20 Feb 2017)

She was named the 2015 OCS Young Sportsperson of the Year. (uk.teamunify.com, 26 Nov 2015)
Ambitions
To compete at the Paralympic Games. (heraldscotland.com, 20 Feb 2017)
Other information
TALENT DEVELOPMENT
In November 2016 she was named a member of British Para Swimming Academy, a scheme run by UK Sport to develop athletes ahead of the 2020 Paralympic Games in Tokyo. (swimswam.com, 15 Nov 2016)