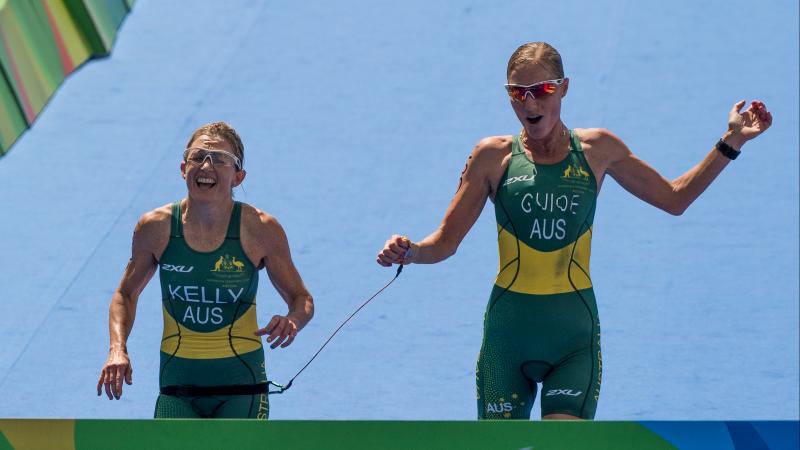 Katie Kelly will try to continue her success in the women’s vision impaired category with a new guide. She won bronze at her home 2018 World Triathlon Grand Final in Gold Coast, her first major competition without her former guide.

She formed a dynamic partnership with Michellie Jones, an Olympic silver medallist in triathlon, as the duo had won gold at the 2015 and 2017 World Triathlon Grand Finals. The highlight of their career was victory in the sport’s Paralympic debut at Rio 2016.

Born with a degenerative disease that has slowly downgraded her eyesight to a legally blind state, Kelly came into her own in Para triathlon after years of experience with the sport. Before fully committing to Para triathlon, she had spent the previous five years doing many different triathlons and marathons around the world.

By joining forces with two-time International Triathlon Union (ITU) world champion Jones to act as her guide, Kelly went on to win her first World Para Triathlon Event in March 2015.