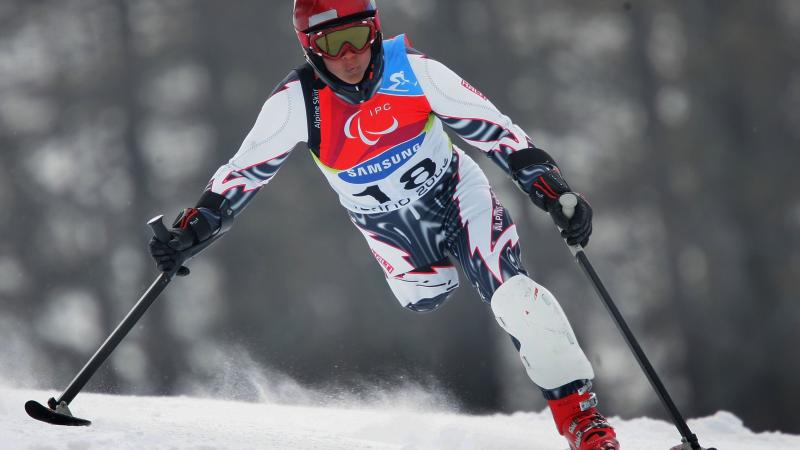 When and where did you begin this sport?
Her family first took her skiing at age five.
Why this sport?
She was inspired to begin taking the sport seriously after watching the 1998 Paralympic Winter Games in Nagano on television.

Memorable sporting achievement
Finishing third at the 2013 World Cup slalom event in St Moritz, Switzerland. (Athlete, 20 Nov 2013)
Most influential person in career
Her parents. (Athlete, 20 Nov 2013)
Injuries
At the 2013 World Championships in La Molina, Spain, she injured her ankle during the first round of the slalom competition and had to withdraw from the event. (paralympia.fi, 26 Feb 2013)
Sporting philosophy / motto
"No mountain too high." (Athlete, 14 Mar 2014)
Awards and honours
She was chosen as Finland's flag bearer for the opening ceremony of the 2014 Paralympic Winter Games in Sochi. (paralympic.org, 07 Mar 2014)
Ambitions
To inspire other people to achieve their goals and dreams in the same way she has done. (Athlete, 20 Nov 2013)
Impairment
Her right leg was amputated above the knee after she was diagnosed with bone cancer at age six. The decision to amputate her leg was taken to prevent the disease from spreading. (Athlete, 20 Nov 2013; hs.fi, 08 Dec 2009; disabilitieswithoutborders.blogspot.co.uk; 2007)
Other information
OTHER ACTIVITIES
She was named a member of the International Paralympic Committee's [IPC] Female Athlete Committee in March 2015. (sport.fi, 08 Mar 2015)