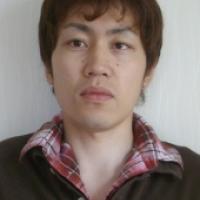 Memorable sporting achievement
Finishing first at the 2015/16 Asian Cup event in Pyeongchang, Republic of Korea. (Athlete, 09 Mar 2018)
Most influential person in career
Japanese Para cross-country skier Yoshihiro Nitta. (Athlete, 09 Mar 2018)
Hero / Idol
Japanese Para cross-country skier Yoshihiro Nitta. (Athlete, 09 Mar 2018)
Other sports
He competed in both biathlon and cross-country skiing at the 2018 Paralympic Winter Games in Pyeongchang. (SportsDeskOnline, 05 Nov 2018)
Ambitions
To compete at the 2022 Paralympic Winter Games in Beijing. (city.semboku.akita.jp, 16 May 2018)
Impairment
He was diagnosed with retinitis pigmentosa in his fifth year of primary school. He lost his vision at age 20. (nhk.or.jp, 01 May 2017; paralympic.org, 10 Feb 2017)
Other information
SANCTION
He was banned for three months between April and July 2014 after the Japan Anti-Doping Agency [JADA] found he had tested positive for a banned substance. The agency accepted his claim that the substance had entered his system through cold medication that he had taken prior to the Japanese national championships in February that year. (sponichi.co.jp, 23 May 2014)