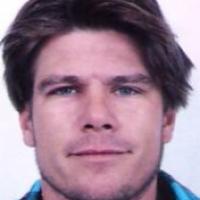 When and where did you begin this sport?
He took up para-alpine skiing in 2004 in Hintertux, Austria.
Why this sport?
He grew up snowboarding and wakeboarding and wanted to remain involved in winter sports after his accident. "During rehabilitation, I came into contact with various sports. Then I got information about para-skiing, I was immediately determined that I wanted to compete again. My heart was and is now once again in the snow. "
Handedness
Right

Nicknames
Sjees (sjeesonline.com, 23 Feb 2013)
Hobbies
Wakeboarding, extreme sports, wheelchair training. (Athlete, 14 Mar 2014)
Memorable sporting achievement
Winning a Winter X Games gold medal in monoski cross in 2008 and a bronze medal in downhill at the 2011 World Championships. (Athlete, 14 Mar 2014)
Most influential person in career
His partner Eveline. (Athlete, 14 Mar 2014)
Injuries
An injury forced him to miss the beginning of the 2014/15 season. He returned to competition in January 2015 at the World Cup in Tignes, France. (nskiv.org, 28 Jan 2015)

He dislocated his shoulder in a fall during a downhill race in February 2011 and needed six months to recover. (sjeesonnline.com, 29 Jan 2013)

He suffered a bruised rib and muscle damage in a crash at the 2009 World Championships in Korea. (VANOC, 12 Feb 2010)
Sporting philosophy / motto
"No fear." (sjeesonline.com, 29 Jan 2013)
Other sports
He also competes in para-snowboarding. (sjeesonline.com, 09 Sep 2014)
Impairment
He was involved in a snowboarding accident in March 2001, which resulted in paraplegia. (sjeesonline.com, 29 Jan 2013)
Other information
FAMILY FIRST
He was not selected to compete at the 2015 World Championships in Panorama, BC, Canada, due to him expecting the birth of his first child. (nskiv.org, 06 Feb 2015)

DOCUMENTARY STAR
A documentary about his life premiered at the 2014 Film by Sea International Film Festival in Vlissingen, Netherlands. (joopvanderlaan.nl, 14 Oct 2014)

OCCUPATION
He owns and is the president of KJ Projects, a Dutch company that focuses on activities related to the perception regarding people with impairments. (Athlete, 14 Mar 2014; eilandennieuws.nl, 21 Jan 2015)