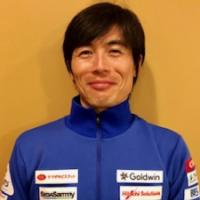 When and where did you begin this sport?
He took up the sport in 2005 in Vancouver, BC, Canada.
Why this sport?
He was inspired to try the sport by a newspaper article about Yoshihiro Nitta's participation in the 1998 Paralympic Winter Games in Nagano. He also wanted to take on the challenge of seeing how strong he could be.
Club / Team
Avex: Japan
Training Regime
He competes in both Para triathlon and Para biathlon, and believes the training sessions for each sport complement each other. He particularly finds that swimming helps him to build up physical strength in his upper limbs. He trains for a maximum of 10 hours a day.

In 2014 he received the Aichi Prefecture Para Sport Award for Encouragement. (pref.aichi.jp, 12 May 2014)