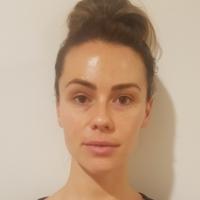 Why this sport?
She competed in Para athletics at international level before she took up Para powerlifting. "I was always a sporty kid, I loved netball. In fact, my dream as a kid was to play netball for Australia. I also loved cross-country. But after losing my leg, sprinting became my dream. I met a lot of Paralympians after losing my leg, and lots of medalists. I just loved what they had achieved so I set my goals on becoming one."
Club / Team
Victorian Institute of Sport: Melbourne, VIC, AUS
Training Regime
She trains six days a week. Her sessions usually last for two-and-a-half hours.

Nicknames
Kel (kellycartwright.com.au, 04 Oct 2016)
Memorable sporting achievement
Winning gold in the F42/F44 long jump at the 2012 Paralympic Games in London. (sporteluxe.com, 04 Sep 2019)
Most influential person in career
Coach Tim Matthews. (paralympic.org.au, 13 Dec 2012)
Injuries
She was sidelined for six months after undergoing surgery on her left ankle in 2012. The operation was successful, but she was left with permanent cartilage damage and arthritis in the ankle due to the original injury. (gc2018.com, 07 Mar 2018; heraldsun.com.au, 24 Jun 2017)
Sporting philosophy / motto
"Set a goal. Look at your goal, and know that if you don't work your dreams won't. But don't set one massive goal, have little ones along the way, tick them off as you go and you will see improvement." (sporteluxe.com, 04 Sep 2019)
Awards and honours
In 2014 she received the Medal of the Order of Australia [OAM]. (dailytelegraph.com.au, 25 Jan 2014)

In 2012 she was named joint Victorian Sportsperson of the Year for 2012 alongside rower Kim Crow at the Victorian Sport Awards in Australia. (insidethegames.biz, 06 Mar 2013)

She was named the 2012 Female Athlete of the Year by Athletics Australia, and became the first Para athlete to receive the award. (kellycartwright.com.au, 16 Sep 2018; paralympic.org, 12 Feb 2013)
Other sports
She has represented Australia in Para athletics, and won gold in the F42/F44 long jump at the 2012 Paralympic Games in London. (SportsDeskOnline, 05 May 2020; sporteluxe.com, 04 Sep 2019)
Ambitions
To compete in Para athletics at the 2020 Paralympic Games in Tokyo. (tokyo2020.org, 16 Jul 2020)
Impairment
She was diagnosed with a rare form of tissue cancer [synovial sarcoma] in her right knee at age 15 and her leg had to be amputated. (dailymail.co.uk, 01 Jan 2019; paralympic.org.au, 13 Dec 2012)
Other information
SWITCHING SPORTS
She was forced to retire from Para athletics after damaging her ankle in 2012. After taking a break from sport and then becoming a mother for the first time in 2016, she began training again and started focusing on powerlifting. She represented Australia at the 2017 World Championships in Mexico City, Mexico, and the 2018 Commonwealth Games in Gold Coast, QLD, Australia. In July 2020 she announced she was aiming to compete in Para athletics [long jump] at the 2020 Paralympic Games in Tokyo. "It's been on my mind the whole time, the whole seven years. It's why I never officially retired from athletics. I've never really been able to let go of it. I've always loved it and I know I'm not finished. I've only been running for a few weeks now but being back, it's actually been amazing. I'm nowhere near my peak fitness, and I don't know if it's the time I've had off, or having two kids, but I'm absolutely stronger mentally than I've ever been. Tokyo is obviously a big if, and there is a lot of work to do, but it's not totally out of the question." (tokyo2020.org, 16 Jul 2020; sporteluxe.com, 04 Sep 2019; gc2018.com, 07 Mar 2018; paralympic.org, 05 Dec 2017; heraldsun.com.au, 24 Jun 2017)

OTHER ACTIVITIES
She has served as an ambassador for the charities Rare Cancers Australia, Make-A-Wish Foundation Australia, and the STARTS Foundation. She has also worked as a model for cosmetic and sporting apparel brands. (mamamia.com.au, 25 Feb 2017; kellycartwright.com.au, 16 Sep 2018) 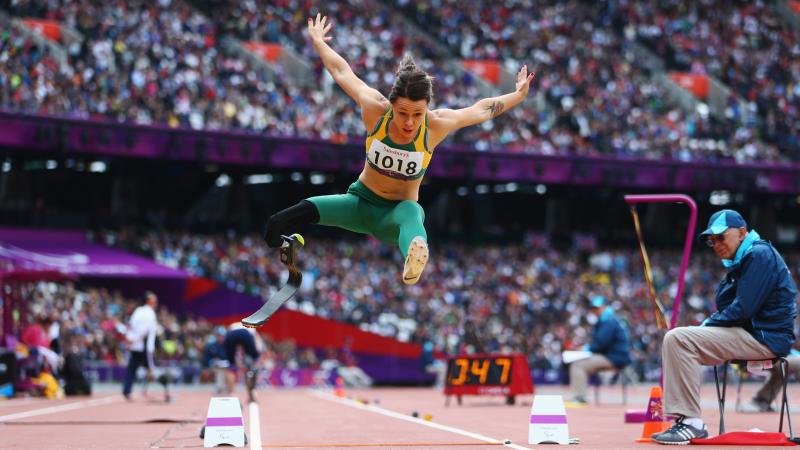 Comeback-kid Cartwright is back on 'track' for Tokyo