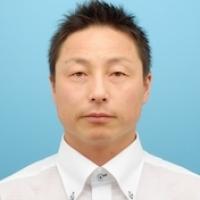 When and where did you begin this sport?
He took up Para skiing in 2005 in Nagano, Japan.
Why this sport?
He had previous experience skiing and wanted to try it again after his accident.
Club / Team
RDS: Tokyo, JPN
Name of coach
Kazushi Shido [national], JPN

FORMER OCCUPATION
Before his accident he was a ski instructor at Happo-one Ski School in Hakuba, Japan. (hero-x.jp, 13 Jul 2017)