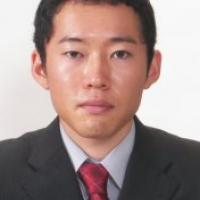 When and where did you begin this sport?
He first tried skiing while he was in junior school, and continued through his time at university. After his left leg was amputated in 2005, he started para-skiing with a prosthetic leg in 2006.
Why this sport?
He was initially going to give up skiing after his accident. But after he saw news about Paralympic athletes, he decided he wanted to become a Paralympic skier.
Club / Team
JAF Aichi : Nagoya, JPN
Name of coach
Odaira Norio [national]
Coach from which country?
Japan

Nicknames
Kenchan, Takkey, Kenkenchan. (Vancouver, 12 Feb 2010; Ameblo profile, 05 Feb 2014)
Hobbies
Sports, going for a drive. (Ameblo profile, 05 Feb 2014; Vancouver, 12 Feb 2010)
Sporting philosophy / motto
"I'll put in as much effort so that people will wonder 'Is his leg really a prosthetic leg?'" (kanpara.com, 21 Mar 2010)
Impairment
He had his left leg amputated below the knee after a motorcycle accident in 2005. (fujitv.co.jp, 27 May 2010; Vancouver, 12 Feb 2010)
Other information
LAST MINUTE WORRY IN VANCOUVER
Days before competing at the 2010 Paralympic Winter Games in Vancouver, he noticed that the angle of his prosthetic leg's ankle joint was not right. A prosthetic manufacturer flew urgently from Japan the day before his 10km classic race in order to adjust the leg correctly. (kanpara.com, 21 Mar 2010; skiblog.jp, 3 Mar 2010 )

FAMILY
He was separated from his mother at age one, and his father died when he was three. He grew up with his aunt and her husband. A television documentary was aired in Japan about his family history, and filmed him being reunited with his biological mother who he met for the first time after graduating from university. (fujitv.co.jp, 31 May 2010)