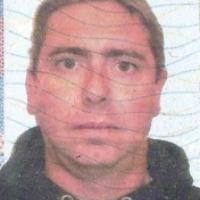 When and where did you begin this sport?
He took up skiing at age 11 for fun, and after recovering from his 1994 accident he began Para skiing in 1996.

Other sports
Before his accident in 1994, he competed in snowboarding at a national level. (highfivesfoundation.org, 2008)
Impairment
He was paralysed due to a snowboarding accident in 1994. (pressofatlanticcity.com, 31 Jan 2010)
Other information
BUSINESS
He owns and runs Kevin Bramble Goodz, where he designs and makes mono skis since 2001. "Right before the [2002] Paralympics in Salt Lake I broke the sit ski I was on so I bought a welder, bought a computer, and I learned how to draw. My whole intention was to build mountain bikes. One day it all fell apart so I decided to build my own sit ski. I built my own for Salt Lake and I ended up winning the downhill. After that it was like, 'Hey where do I get one?'" He built a cross-country sit-ski for Grant Morgan, who became the first athlete with an impairment to reach the South Pole in January 2012. "I want to get more skis out to other people. Eventually, I'd like to have a whole line of adaptive mountain bikes, race chairs, wakeboards and ice sleds." (kbgoodz.com, 2018; Instagram profile, 04 Dec 2018; youtube.com, 22 Nov 2008; pressofatlanticcity.com, 03 Feb 2012, enablingtech.com, 20 Oct 2013)