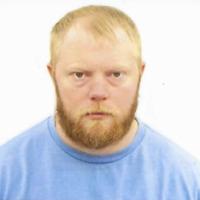 When and where did you begin this sport?
He began weight lifting at age 12. He started to lift small weights three months after he sustained his injury in 2014.
Why this sport?
"I still wanted to lift heavy things [after the injury], so I got into the bench press, and I saw there was a selection process in Para for bench press."
Club / Team
CrossFit Watchtower: Denver, CO, USA

Hobbies
Spending time with his dogs. (crossfitwatchtower.com, 2017)
Other sports
Prior to his accident he competed in CrossFit at regional level in the United States of America. He is also a level 1 CrossFit coach. (teamusa.org, 21 Sep 2017; morningchalkup.com, 21 Apr 2017)
Ambitions
To compete at the Paralympic Games. (headsntales.org, 27 Aug 2017)
Impairment
In 2014 he injured his spinal cord while weightlifting at the OC Throwdown CrossFit competition in the United States of America. He was performing a snatch when the bar fell and struck him on the back. The accident resulted in paraplegia, and at one stage doctors only gave him a 15% chance of survival. "They told me what got me through it was my red blood cell count was so high and so efficient that I could lose the blood during surgery, but my body was able to utilise the oxygen I had left more efficiently." (teamusa.org, 21 Sep 2017; dailymail.co.uk, 17 Jan 2014)
Other information
BUSINESS OWNER
He owns the CrossFit Watchtower fitness centre in Denver, CO, United States of America, where he also works as a coach. "I always felt my purpose in life was to help other people, whether it be to coach or train them. My injury has positively affected my ability to help other people. I've been able to reach more people and help more people than I ever thought possible. I work with a lot of adaptive athletes. What inspires me to go on is seeing the progress in my athletes as they achieve what they thought they could no longer do." (Facebook profile, 17 Feb 2019; teamusa.org, 21 Sep 2017)