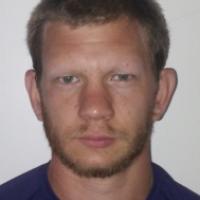 Why this sport?
"I met Dave Greig [Para athletics national development coach for Athletics Canada] and he asked me if I wanted to get involved. I was really happy to get invited because I thought it would be a lot more fun and better competition for me."

Hobbies
Spending time with friends, eating sushi, playing video games. (paralympique.ca, 15 Apr 2018)
Hero / Idol
Canadian wheelchair racer Rick Hansen, Canadian cancer activist Terry Fox. (paralympic.ca, 02 Sep 2011)
Other sports
He was a member of the Canadian sitting volleyball team that competed at the 2010 World Championships in Edmond, OK, United States of America. (paralympic.ca, 15 Aug 2015)
Impairment
He was born with cerebral palsy, which was diagnosed when he was age six months. The condition affects the left side of his body. (paralympic.ca, 15 Aug 2015; lfpress.com, 07 Jan 2011)