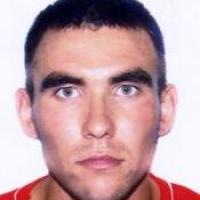 When and where did you begin this sport?
He took up skiing at age seven in Kairakovo, Russia. After his accident he began para-skiing in 2005.
Why this sport?
After his accident, coach Amir Gumerov motivated him to return to skiing.
Club / Team
Centre of Supreme Sports Skill: Russia
Name of coach
Nadezhda Gumerova [personal], RUS

In 2010 he was decorated with the Order of Merit of the Republic of Bashkortostan. (bashinform.ru, 15 Mar 2010)