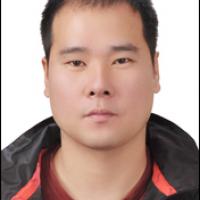 When and where did you begin this sport?
He took up the sport in 2007.
Why this sport?
A physical education teacher encouraged him to take up the sport.
Club / Team
Busan City Athletics Club: Korea

Awards and honours
In 2014 he received the Busan Mayor's Citation Award in the Republic of Korea. (ablenews.co.kr, 05 Dec 2014)
Other sports
He was an able-bodied weightlifter at national level while in middle and high school, but he retired from the sport after sustaining an injury to his waist area. (onstn.com, 15 Oct 2014)
Impairment
His left arm was amputated below the elbow following an accident at his workplace in 2005. (news.khan.co.kr, 17 Oct 2014; onstn.com, 15 Oct 2014)