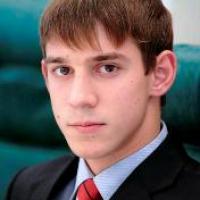 When and where did you begin this sport?
He began training at age seven in Engels, Russian Federation.
Why this sport?
His mother Marianna took him to the pool.
Club / Team
Rehabilitation and Physical Education Youth Adaptive Sports School: Saratov, RUS
Name of coach
Svetlana Borisovskaya, RUS, from 2007