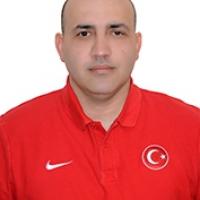 When and where did you begin this sport?
He began shooting with his father in 1985 at the Agasar club in Ankara, Turkey.

Sporting philosophy / motto
"I always aim to come first in the competitions and wave my country's flag." (federasyonlar.com, 19 Apr 2010)
Awards and honours
In 2017 he was presented with the Vala Gedik Award in Turkey in recognition of his work with people with an impairment. (futbolmedya.com, 14 Jun 2017)
Milestones
He became the first athlete representing Turkey to win a medal in any sport at the Paralympic Games, when he claimed gold in the SH1 sport pistol event at the 2004 Games in Athens. He also won bronze in the SH1 free pistol event in Athens. (hurriyetdailynews.com, 24 Aug 2012; paralympic.org, 25 Mar 2021)
Famous relatives
His father represented Turkey in international shooting competitions and has coached Korhan. His mother was also a shooter, and set eight Turkish national records. (engellispor.com, 26 Sep 2013; arsiv.sabah.com.tr, 22 Sep 2004)
Impairment
In 1995 he lost his right foot in a land mine explosion while serving in the Turkish army. "I was given a second chance to reset my life. I realised I was not actually aware of the good things I had before and how lucky I had been. My perspective changed. I am now determined not to delay anything in my life and to enjoy it fully." (tmpk.org.tr, 01 Jan 2012; korhanyamac.com, 11 Jun 2011; rehberogretmen.biz, 12 Jan 2008)