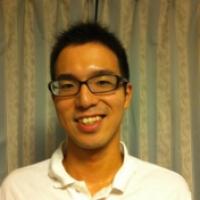 When and where did you begin this sport?
He took up the sport at age 16
Why this sport?
He began swimming as part of his rehabilitation. He decided he wanted to compete at the Paralympic Games after watching Japanese Para swimmer Daisuke Ejima compete at the 2004 Games in Athens on television.
Club / Team
Nippon Steel and Sumikin Pipeline and Engineering Corporation: Japan
Name of coach
Fumiyo Minemura [national], JPN; Dai Yahiro [personal], JPN, from 2006