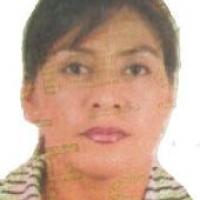 When and where did you begin this sport?
She took up the sport in 1998 in Mexico City, Mexico.
Why this sport?
She was invited to join a social institution in Mexico where she began practising Para sports. She later was encouraged to take up Para powerlifting. "In the beginning I was told that this was a sport for men only, but I believed women were also capable of doing whatever the men could. When I saw other women competitors, I wanted to be as strong as them."
Name of coach
Enrique Alvarado [national]

Nicknames
La Reina Zapoteca ['Zapotec Queen', because she was born in the village of Villa de Zaachila, outside Oaxaca, Mexico, which was founded by the Zapotec culture]. (rotativooaxaca.com, 08 Aug 2015)
Memorable sporting achievement
Winning a bronze medal at the 2000 Paralympic Games in Sydney. (Athlete, 04 Dec 2017; imparcialoaxaca.mx, 20 Jul 2020)
Most influential person in career
Her family. (Athlete, 04 Dec 2017)
Hero / Idol
Mexican powerlifter Amalia Perez. (Athlete, 04 Dec 2017)
Injuries
She sustained a shoulder injury in 2016. She returned to international competition in May 2017 at the World Cup event in Eger, Hungary. (nvinoticias.com, 20 May 2017)

In 2014 she injured her shoulder and was sidelined for a few months after undergoing surgery. (noticiasnet.mx, 20 Aug 2015; imparcialoaxaca.mx, 28 Dec 2014)
Sporting philosophy / motto
"There are no limits." (Athlete, 04 Dec 2017)
Ambitions
To compete at the 2024 Paralympic Games in Paris. (imparcialoaxaca.mx, 13 Oct 2021)
Impairment
Her impairment is a result of the effects of polio. She contracted the illness as a baby. (Athlete, 04 Dec 2017)
Other information
OTHER ACTIVITIES
She has coordinated a project in Oaxaca, Mexico, aimed at encouraging young people from the state to get involved in sport and become more active. "Sport is a way to work out, make some friends and be physically and mentally healthy." (imparcialoaxaca.mx, 28 Aug 2018)