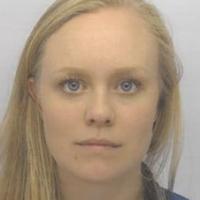 When and where did you begin this sport?
She took up Para canoe in 2018.
Why this sport?
She was inspired to get involved in Para sport watching the 2012 Paralympic Games in London. "I watched London 2012 while working at a kids camp - I was sat making clay models of alien athletes because it was space week. I was watching the discus and they always go quite close up on the feet in the circle and I realised, 'I've got that foot!' I knew I could never stand on one leg or things like that but I always found another way to get around it. I always had the attitude that it was never going to hold me back. Why should I shuffle around things when I can just give it a go anyway?"
Club / Team
Birchfield Harriers: Birmingham, ENG
Name of coach
Scott Simon [national], GBR

Hero / Idol
British heptathlete Jessica Ennis-Hill. (BritishAthleticsTV YouTube channel, 20 Jun 2017)
Sporting philosophy / motto
"Say yes to opportunities, you never know what will come of them, you will either get something great out of it or you will learn from it." (careers-in-sport.co.uk, 13 May 2020)
Other sports
She has represented Great Britain in Para athletics, and finished fifth in both the T44 200m and T44 100m at the 2016 Paralympic Games in Rio de Janeiro. She also captained the Wales U20 able-bodied hockey team. (saffronwaldenreporter.co.uk, 06 Aug 2015; SportsDeskOnline, 27 Jan 2021)
Ambitions
To win a medal at the 2020 Paralympic Games in Tokyo. (saffronwaldenreporter.co.uk, 15 Aug 2019)
Impairment
She was born with talipes equinovarus, commonly known as a club foot. (metro.co.uk, 25 Jun 2013)
Other information
PARA CANOE AND PARA ATHLETICS
After winning a bronze medal at her first Para canoe international competition, the 2019 European Championships in Poznan, Poland, and silver at the 2019 World Championships in Szeged, Hungary, she said she wanted to compete in both canoe sprint and athletics at the 2020 Paralympic Games in Tokyo. "I've gone from thinking I was going to have a learning year to being competitive and going to the world championships. I joined Para canoeing with the view of competing in these sorts of events in the future, but I've managed to drop about 20 seconds off my original time which is great and I'm really enjoying it. I've had a lot of racing experience with athletics, but it's very different with Para canoeing so the more races I can do, the better I think I can be. I may have to prioritise one [sport] and I know how hard it's going to be just to make the [Paralympic] team, but the ultimate aim is to get there and get a medal - or two medals." (saffronwaldenreporter.co.uk, 15 Aug 2019; irvinetimes.com, 24 Aug 2019)

HOCKEY
Before getting involved in Para sport she competed in able-bodied hockey, and represented Wales in the sport. "Hockey was my main sport. My father was Welsh and I played for them up until the age of 21. I thought this was me and this was my career. But unless you're in the full Great Britain set-up you can't be a full-time [hockey] athlete, you have to pay to play so I became a PE teacher. I had to make the choice of playing for Wales in the European championships or competing for Great Britain in the world Para [athletics] championships and so I reluctantly put hockey on one side to concentrate on my sprinting. It was really hard to leave, but my hockey mates were really supportive." (sportspielonline.com, 05 Jan 2020; sports-insight.co.uk, 27 Oct 2018)

OTHER ACTIVITIES
She has served as an ambassador for the Mintridge Foundation, a British charity supporting mental and physical wellbeing in young people, and she has coached in schools. "Coaching in my spare time actually re-energises me. Having things to do away from training helps me keep a balance and an enthusiasm for my sport." (sports-insight.co.uk, 27 Oct 2018)

FURTHER EDUCATION
She has completed a postgraduate diploma in physical education at the University of Birmingham in England. (LinkedIn profile, 01 Nov 2017)