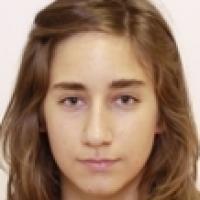 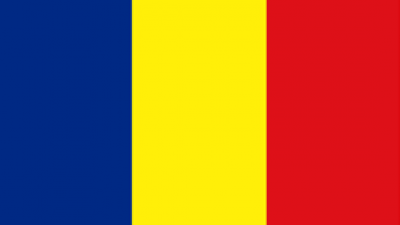 When and where did you begin this sport?
She began skiing at age five in Paltinis, Romania. She took up Para skiing in December 2006.
Why this sport?
She was a national champion in alpine skiing in Romania before her accident. While in hospital her friends introduced her to Para skiing by giving her a DVD of the 2006 Paralympic Winter Games in Turin, and encouraged her she could return to the sport.

Hobbies
Dancing, listening to music. (utv.ro, 15 Oct 2019)
Memorable sporting achievement
Competing at the 2010 Paralympic Winter Games in Vancouver. "Vancouver changed my life completely, it was the best experience I've ever had. It gave me so much power and made me confident but it was also so difficult." (makeachamp.com, 01 Dec 2019)
Injuries
In early 2018 she tore ligaments and the meniscus in her knee, resulting in her being unable to compete at the 2018 Paralympic Winter Games in Pyeongchang. (Facebook page, 26 Feb 2018)
Sporting philosophy / motto
"Never give up. The trick is to combine your waking rational abilities with the infinite possibilities of your dreams. If you can do that, you can do anything." (Facebook page, 08 Aug 2016)
Awards and honours
She and snowboarder Mihaita Papara were named Romania's flag bearers for the opening ceremony of the 2022 Paralympic Winter Games in Beijing. (IPC Entries, 04 Mar 2022)

She received an award for Tenacity, Will and Courage at the 2010 Sibiu Sports Gala in Romania. (tribuna.ro, 13 Dec 2010)
Other sports
Before her accident she competed in able-bodied alpine skiing at national level in Romania. (viitorulromaniei.ro, 26 Aug 2016)
Milestones
She became the first athlete in any sport to represent Romania at the Paralympic Winter Games when she competed in alpine skiing at the 2010 Games in Vancouver. (SportsDeskOnline, 21 Mar 2010)
Ambitions
To compete at the 2022 Paralympic Winter Games in Beijing. (Instagram profile, 13 Aug 2019)
Impairment
In September 2006 she was involved in a motorcycle accident in Sibiu, Romania, when she was hit from the side by a car. After several attempts to try to save her right leg, she was asked if she wanted to have her leg amputated below the knee or keep it. "My first question was what would be the best option to ski again, as skiing is about 90% of my life. They told me that with a prosthetics I could even return to skiing as normal. That day I decided that I wanted my leg to be amputated. The next day they amputated my leg, I think it was the 20th operation, and since then I have been getting better and better." She returned to skiing in December 2006. (viitorulromaniei.ro, 26 Aug 2016; gsp.ro, 04 Jan 2010; ski-outdoor.ro, 16 Dec 2021)
Other information
BREAK AND RETURN
After competing at the 2010 Paralympic Winter Games in Vancouver, she took a break from the sport to focus on her medicine degree at Ludwig Maximilian University of Munich in Germany. She was encouraged to return to skiing by a family friend, who arranged for her to train with the German Paralympic team in 2012. She returned to competition the following year at the world championships in La Molina, Spain, which earned her qualification for the 2014 Paralympic Winter Games in Sochi. "It felt strange but I was happy being back on the slope and tried hard to do everything perfect, although I knew it was going to be a long, long way. Actually it was only in 2013 that I started to feel really comfortable back on my skis and to get back the feeling, almost like it was before my accident." (makeachamp.com, 01 Dec 2019; paralympic.org, 26 Feb 2013)

OCCUPATION
She works as a health care professional with a specialisation in physical and rehabilitation medicine. (doctolib.de, 2020)