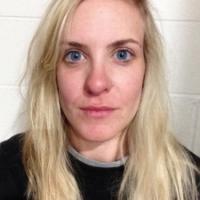 When and where did you begin this sport?
She took up the sport in 2014 after she was motivated to begin skiing by Back Up. The UK-based trust encourages people with a spinal cord injury to get involved in sports.
Why this sport?
"Ten years ago [2004] I was paralysed following a motorbike accident when I was competing in America. It changed my whole life and at times over the last 10 years things have been really difficult, I have always dealt with everything on my own, not realising how much support is there for you if you ask. When I finally realised I needed a bit of help it was Back Up who took me away skiing and it has changed my life. They have given me something to aim for and I have realised that having other people around you who have been through a similar experience has so many benefits.”

Sporting philosophy / motto
"Once a racer, always a racer." (suffolkfreepress.co.uk, 13 Oct 2016)
Other sports
She was a promising motocross rider as a teenager. (eadt.co.uk, 24 Jan 2017)
Famous relatives
Her partner Michael Foti has represented Australia in Para alpine skiing. (paralympic.org, 18 Jan 2019)
Impairment
In 2004 she sustained three broken vertebrae and was paralysed from the chest down after she crashed in a motocross race in San Antonio, TX, United States of America. (eadt.co.uk, 24 Jan 2017; telegraph.co.uk, 01 Dec 2004)
Other information
MOTOCROSS TO SKIING
In 2016 she was able to return to motocross, her first love, despite surgeons saying it would not be possible. She rode on her old motorbike, a Yamaha 125cc, that had been specially adapted for her to sit on by her father Richard. "My bike accident was a shock but I realised that I had to accept what had happened. Since then I have been determined not to let what happened stop me from doing something I love." (eadt.co.uk, 24 Jan 2017; suffolkfreepress.co.uk, 13 Oct 2016)