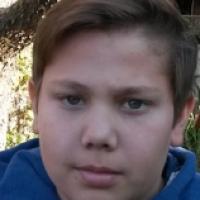 When and where did you begin this sport?
He first tried skiing at age eight, and took up Para alpine skiing one year later.
Why this sport?
He was introduced to Para alpine skiing as part of a rehabilitation programme. "At the age of nine I took part in a ski rehabilitation programme at the University Hospital in Munster [Germany]. There were children with their families who also had cancer behind them. I learned to ski on one leg. I was also given two crutch skis so that I could keep my balance better. The beginning was quite difficult because my leg wasn't used to the strain. But I really enjoyed snow sports."
Club / Team
TSV Friedberg: Germany
Name of coach
Justus Wolf [national], GER

He was named the 2013 Youth Para Sportsman of the Year by the Bavarian Canoe Association in Germany. (kanu-schwaben-augsburg.de, 01 Apr 2014; b4bschwaben.de, 12 Mar 2014)
Other sports
He has competed in Para canoe sprint at regional level in Germany, participating at the 2017 Bavarian Championships. (bvs-bayern.com, 03 Jul 2017; kanu-schwaben-augsburg.de, 27 Jun 2015)
Ambitions
To compete at the 2022 Paralympic Winter Games in Beijing. (nuernberger.digital, 10 Feb 2022; augsburger-allgemeine.de, 25 Feb 2018)
Impairment
At age seven his right leg was amputated above the knee after he was diagnosed with bone cancer. "When I was seven years old, a tumour was discovered in my right thigh. After a lot of chemotherapy, my leg finally had to be amputated. A year and a half after the diagnosis, I was able to leave the hospital and, with the help of a prosthetic leg, I learned to walk a second time." (nuernberger.digital, 20 Dec 2021; zdf.de, 14 Mar 2015)
Other information
PARALYMPIC DREAM
At age nine he was inspired to chase his dream of competing at the Paralympic Winter Games after attending a lecture by German Para alpine skier Alexander Spitz. "When I saw that, I realised that he was at the Paralympics, and I wanted that too." He then got the opportunity to speak to Spitz backstage after the lecture. "I told him, 'I want to go to the Paralympics too'. He looked at me and was amazed, so I rolled up my long jeans, showed my prosthesis and said, 'I ski like you too'." (dbs-npc.de, 03 Feb 2022)