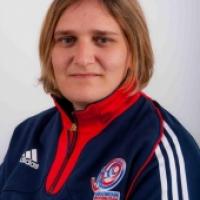 When and where did you begin this sport?
She began shooting in 2010 while recovering from a deep brain stimulation operation at the Defence Medical Rehabilitation Centre [DMRC] Headley Court in England.
Why this sport?
She attended ParalympicsGB training camps in 2011, and then received a place on the Paralympic Pathway programme.
Club / Team
Alloa and District Rifle Club: Kincardine, SCO
Name of coach
Mike Babb [national], GBR

Memorable sporting achievement
Competing at the 2020 Paralympic Games in Tokyo. (paralympics.org.uk, 30 Aug 2021; scottishdisabilitysport.com, 19 Aug 2021)
Injuries
In September 2014 she underwent surgery to remove the fibula bone from her left leg due to it causing her discomfort. (bbc.co.uk, 27 Dec 2014)
Awards and honours
She was named the 2013 Perth and Kinross Para Sports Personality of the Year in Scotland. (dailyrecord.co.uk, 17 Mar 2014)
Ambitions
To compete at the 2024 Paralympic Games in Paris. (British Shooting Facebook page, 12 Jun 2022; scottishdisabilitysport.com, 19 Aug 2021)
Impairment
In March 2004 she injured her back while conducting a combat fitness test. The injury resulted in her developing dystonia, a neurological movement disorder. She had her left leg amputated below the knee in 2007, and underwent a life-threatening deep brain stimulation operation in 2009. Doctors placed an electrical box inside her chest which sends electrical pulses to her brain to block faulty signals. Her leg was later amputated above the knee in 2016 following an infection. (dailyrecord.co.uk, 07 Jul 2021, 27 Aug 2013; morethanthegames.co.uk, 15 Mar 2012; heraldscotland.com, 02 Jan 2016)
Other information
SECOND AMPUTATION
Following the initial amputation of her left leg below the knee in 2007, the leg was amputated above the knee as the result of an infection in 2016, which she says was a difficult transition. She took a break from the sport before returning in 2019. "It was a huge relief to have finally secured my quota place [for the 2020 Paralympic Games in Tokyo] given the amount of hard work and dedication that I've put in throughout my shooting career. For the past three or four years it's been a difficult time due to serious injury, and having to transition from a below-knee amputee to an above-knee amputee has taken a lot of rehabilitation and a long time to get myself back into a position where I can compete. At the minute [speaking in 2021] my shooting is the best it has ever been, and there is scope for it to be better." (dailyrecord.co.uk, 07 Jul 2021; scottishdisabilitysport.com, 19 Aug 2021; paralympics.org.uk, 01 Jan 2019)