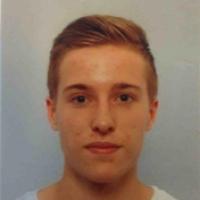 When and where did you begin this sport?
He took up Para athletics in April 2014 in Eindhoven, Netherlands.
Why this sport?
"I used to do water polo, but I always wanted to do athletics and preferably in the sprint. Unfortunately, that was not possible due to pain in the stump I had at the time. To get rid of the pain, I decided to have a lower leg amputation. Part of my thinking was the idea of ??being able to do athletics afterwards. I had always wanted to do athletics before my amputation but I never could. So, after that, I had the opportunity to start chasing my dreams."
Club / Team
Nijmegen Atletiek: Netherlands
Name of coach
Arno Mul, NED, from 2017
Training Regime
He trains at the National Sports Centre Papendal in the Netherlands.