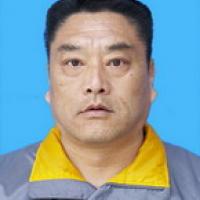 When and where did you begin this sport?
He took up Para athletics at age 33 in Shaanxi, People's Republic of China.
Why this sport?
He was inspired to try the sport after watching athletes competing on television.

Memorable sporting achievement
Wining gold at the 2004 and 2008 Paralympic Games. (wccdaily.com.cn, 17 Sep 2015)
Hero / Idol
Japanese Para discus thrower Toshie Oi. (chinanews.com, 14 Sep 2008)
Sporting philosophy / motto
"Age is just a number, it means nothing." (sports.cn, 14 Sep 2008)
Awards and honours
He was presented with a Merit Citation Class One in recognition of his performance at the 2008 Paralympic Games in Beijing. (sina.com.cn, 31 Dec 2008)
Other sports
He competed in powerlifting at the 1992 Chinese National Para Games. (cnwest.com, 15 Sep 2008)
Impairment
He was diagnosed with polio at age three, which resulted in an impairment to his legs. He then lost the feeling below his waist following a car accident. (hinews.cn, 15 Sep 2008)