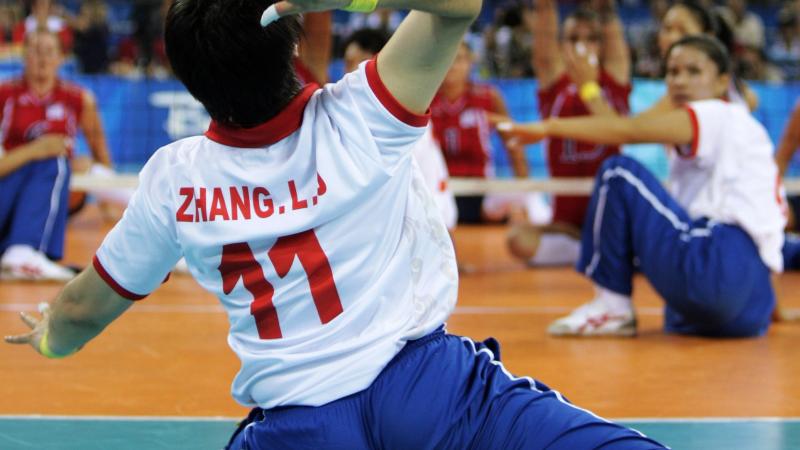 Lijun Zhang has been a key player of the all-conquering Chinese team that dominated the sitting volleyball circuit over the last decade.

China surprisingly did not reach the final of the 2018 World Championships, though, as they were eliminated by eventual champions Russia in the semi-finals. They bounced back to win bronze after beating Italy 3-0 (25-10, 25-19, 25-12).

Zhang is a three-time Paralympian who at Beijing 2008 and London 2012 was part of the gold medal-winning Chinese team. She also led her team to World Championship titles in Edmond, USA, in 2010, and Elblag, Poland, in 2014.

She had to settle for silver at Rio 2016 as the USA broke China’s dominance of the sport, defeating them 3-0 in the final. An all-round excellent player, Zhang was the sixth best spiker and fourth best server and digger at Rio 2016.

After taking up the sport aged 17, Zhang made her senior international debut at the 2006 World Championships in Netherlands, where China secured silver. She lost her left leg in an accident at age 15.