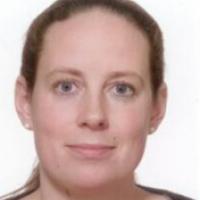 Most influential person in career
Coach Peter Balle. (Athlete, 20 Nov 2013)
Awards and honours
She was Denmark's flag bearer at the closing ceremony of the 2014 Paralympic Winter Games in Sochi. (paralympic.org, 16 Mar 2014)
Impairment
In October 2000 she had her right leg amputated above the knee because of cancer. (sahva.dk, 2016; dhif.dk, 2016; Athlete, 20 Nov 2013)
Other information
OCCUPATION
She works at Drevelin, an orthotics and prosthetics medical company in Bergen, Norway. (Facebook profile, 24 Jul 2017)

NATIONAL FIRST
In 2014 she became the first female representing Denmark to compete in alpine skiing at the Paralympic Winter Games when she took part in the slalom and giant slalom standing events in Sochi. (SportsDeskOnline, 16 Mar 2014)