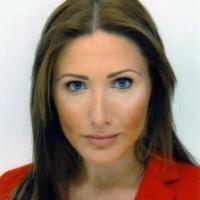 When and where did you begin this sport?
She took up the sport in 2018 at her local sports centre in Rossmore, England.
Why this sport?
"I got into shooting when they put on disability sports evenings at my local sports centre. I enjoyed it so much. About six months later they asked me to join the local gun club Hurn Rifle and Pistol Club, which is a disability hub club for British shooting. I joined and started shooting a few different types of guns and decided rifle shooting was for me!"
Club / Team
Hurn Rifle and Pistol Club: Poole, ENG
Training Regime
She trains at Hurn Rifle and Pistol Club and attends training camps twice a month for a minimum of three days at Stoke Mandeville Stadium in Aylesbury, England.

Other sports
She competed in trampoline gymnastics at junior level. She won multiple junior national titles, and claimed medals at the world age group championships in 1992 and 1994. Her gymnastics career was disrupted because of torn ligaments and a cracked knee bone. (lisachapman.co.uk, 12 Jul 2019)
Ambitions
To compete at the 2020 Paralympic Games in Tokyo. (bbc.co.uk, 22 Feb 2019)
Impairment
She was involved in a car accident when she was 20. A broken neck and nerve damage to her right side resulted in serious brain and spinal conditions chiari malformation, syringomylia and Addison's disease. (bbc.co.uk, 22 Feb 2019; lisachapman.co.uk, 12 Jul 2019)
Other information
ACCIDENT AND FALLS
She broke her neck in a car accident in London when she was 20. "I spent three months in a hard collar but seemed to heal well." However, a few months later she had a fall and found that she could not get up herself. "I thought I had moved my neck wrong and damaged my spinal cord. I was taken to my local hospital where they did x-rays and [scans] along with every other test possible. I remember waking up one morning to the neurologist standing over me. He told me that I had a problem with my brain and that I had a tumour in my spinal cord, then turned round and walked away, no explanations, no nothing." Gradually, after physiotherapy, her legs got their movement back. She started walking without crutches a year later. She had another fall and was hospitalised for five months. "They explained to me that it wasn't a tumour in my spinal cord, it was actually a fluid filled cyst. Once again I was discharged. And again I worked hard to walk again, but it was much more difficult and was only managing to walk inside on flat surfaces for short distances. I suffered with a few smaller relapses over the years causing more and more damage." (lisachapman.co.uk, 12 Jul 2019)

RELAPSE
She met Dr. Graham Flint, whom she calls her "lifesaver", after attending a meeting of The Ann Conroy Trust. "He is a neurosurgeon at the Queen Elizabeth Hospital in Birmingham. I managed to get a referral to see him and he explained the conditions to me and what it meant. Unfortunately at this time I suffered a massive relapse, putting me in bed. Flint did some tests and decided to do a lumbar puncture, where he found that I had ideopathic inter cranial pressure. Effectively my brain was being squashed by the fluid in my skull. He decided to put a shunt in. This is effectively a valve that drains the excess fluid from around my brain and spinal cord. This has worked miraculously! Unfortunately my spinal cord was too damaged to be able to walk again, but I am no longer bed bound with agonising headaches and dizziness." (lisachapman.co.uk, 12 Jul 2019)

ASSISTANCE DOG
She has a Alaskan Klee Kai named Kobi, training to be a qualified assistance dog. "My boy has been my rock. He gives me a reason to get up in the morning. Everyone asks 'well, what does he do for you?' And my answer is everything! From emotional support when we're out to pressing my alert button if I fall. With the emotional support, it can be very difficult going out in public in a wheelchair with a lot of people staring or asking questions what is wrong with you. I don't mind answering in the least, but can be overwhelming. When Kobi is with me it takes the focus off me!" (lisachapman.co.uk, 12 Jul 2019)