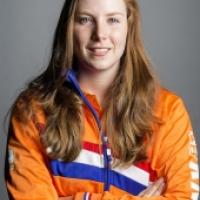 When and where did you begin this sport?
She took up swimming at age 11 in Aalsmeer, the Netherlands.

Sporting philosophy / motto
''Never ever give up.'' (lisadenbraber.com, 28 Apr 2014)
Awards and honours
She was named the 2012 and 2016 SportTopper of the Year for the municipality of Haarlemmermeer, Netherlands. (nieuwesite.meerradio.nl, 10 Mar 2017; topsporthaarlemmermeer.nl, 26 Feb 2013)
Impairment
Both of her legs were amputated as a result of the effects of meningitis contracted at age two. (lisadenbraber.com, 28 Apr 2014)
Other information
RETIREMENT
She announced her retirement from the sport in March 2017. (nieuwesite.meerradio.nl, 10 Mar 2017)

OCCUPATION
She works as a receptionist for a civil engineering business in Lisse, Netherlands. (LinkedIn profile, 2018)