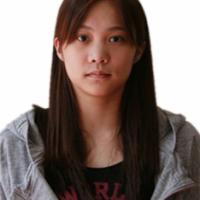 When and where did you begin this sport?
She took up the sport in 2012.
Why this sport?
Although she was interested in archery when she was younger, she was encouraged to start swimming by coach Zhang Honghu because her physique was suitable for the sport.
Club / Team
Fujian Province: China
Training Regime
She trains for three hours in the morning and three hours in the afternoon six days a week.

In 2016 she was named a March 8th Red Banner Holder of Fujian Province, People's Republic of China. The honour was in recognition of the gold medal she won at the 2016 Paralympic Games in Rio de Janeiro. (yawmb.gov.cn, 19 Oct 2016)

In 2011 she was named an Elite Athlete by the provincial government of Fujian Province in the People's Republic of China. (mnw.cn, 10 Sep 2016)
Ambitions
To compete at the 2020 Paralympic Games in Tokyo and the 2022 Asian Para Games in Hangzhou, People's Republic of China. (k.sina.cn, 28 Apr 2020)
Impairment
Her impairment is a result of the effects of polio. She contracted the illness after being given the wrong injection as treatment for a fever. (sohu.com, 24 Oct 2017)