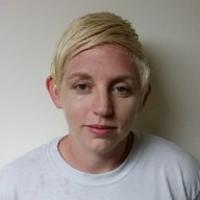 When and where did you begin this sport?
She took up Para athletics two years after her amputation. She initially ran in middle distance events but switched to sprint events in 2013.
Why this sport?
She first ran middle distance at age 10 and had been a cross-country runner at university. After her amputation she decided to take up Para athletics, and met with a US Paralympics recruiter so she could pursue the sport further.
Club / Team
Andover YMCA: United States
Name of coach
Roy Birch [personal]

Hobbies
Camping, reading, swimming, going to the zoo, spending time with family, watching movies. (Facebook page, 17 Sep 2015; teamusa.org, 01 Oct 2016)
Most influential person in career
High school cross-country running coach Dan Whisler. (Athlete, 24 Oct 2015)
Sporting philosophy / motto
"Running has saved my life. Maybe not literally, but it has made it so much better to deal with things that would have been very hard to deal with otherwise." (examiner.com, 30 Jun 2013)
Impairment
In 2010 she had her left leg amputated below the knee due to a blood clot, caused by giving birth to her son Calum. (Facebook page, 17 Sep 2015; kwch.com, 22 Feb 2015; examiner.com, 30 Jun 2013)
Other information
BEATING ADDICTION
She admits that she became addicted to pain medication after her amputation in 2010. She took up running as a form of replacement behaviour, and as a result she was able to stop taking the medication in 2014. "They put me on morphine, codeine and percocet all at once and they give them to you by the bottle. So trying to wean myself off all that was very difficult and codeine was the most challenging." (runnersworld.com, 18 Dec 2015; kansas.com, 14 Oct 2015)

OTHER STUDIES
She has studied education at Wichita State University in Kansas, United States of America. (Athlete, 24 Oct 2015)