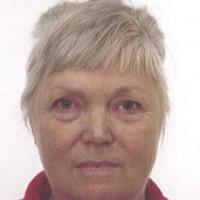 When and where did you begin this sport?
She took up the sport in 1953 at age nine in Farum, Denmark.
Why this sport?
She used to take dancing lessons, but the people she danced with were always late because they would go to shooting lessons before dance class. One day she got tired of waiting for them to finish shooting and decided that she would join in too. "If we all went shooting, we could all be late to dancing together. I love this sport, it is always a struggle against oneself to achieve perfection. It fascinates me."
Club / Team
DSB/ASF: Aarhus, DEN